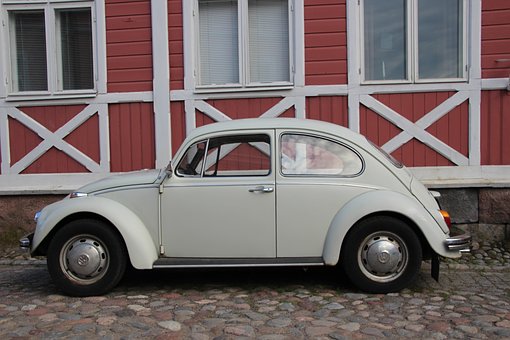 I have always heard there is nothing wrong with healthy competition and that competition could increase performance. These ideas fit in with the conventional business world. As an aspiring Entrepreneur, I often think of how I can provide better service or produce a better product than what is already out there. However, Kriegal challenges his reader to NOT compete but instead change the game.

Early in my reading I did not think there was a way to win or even play the game if you were not competing head on, but the author changed my mind. He suggests that you should find your own market and redesign the playing field. He gave many evident examples of companies that have done just that such as Volkswagen introducing the Volkswagen beetle at a time when Ford was pumping out full sized vehicles. Although, the company that is at the forefront of my mind is Chik-fil la. It seems the “burger joints” are always at odds and you can always see they are constantly competing head to head. Chik-fil-A took a different approach, they only offer chicken on their lunch menu and claim to have invented the first fried chicken sandwich in the fast food market. Of course, later the other fast food giants created chicken sandwiches, but what keeps me coming back to the “original” you may ask, the service. Chik-fil-A prides itself on customer service and instead of introducing beef to their menus they found another way to stay competitive.

When you compete head on you make way for conformity. If you see your competitor doing well, Instincts tell us that to succeed we just need to do the same thing but better.  This may be true and you may find yourself in the lead for a short while but conformity does not yield long-term, substantial, results. You have to use “Break-It Thinking.” I found the best example of “Break-It Thinkers” are creatives. Up until March of last year I have always thought of the word creative as an adjective but I attended a dear friend’s documentary viewing at the North Carolina’s Museum of History in Raleigh North Carolina titled CreativeNC. The documentary highlighted different creatives based in North Carolina. Creatives being actual people that think outside of the box, who were not repeating or mimicking anything that I had ever seen. This “Break-It Thinking” meant evaluating themselves rather than the market and making changes some of which even required starting over. It kind of pained me to think that someone would spend their time and effort creating something only to have others recreate it to the point that it caused you to scrap your idea and make something totally different but that is what “Break-It Thinkers” must do. Your ideas must be constantly evolving.

Do not follow where the path may lead. Go, instead, where there is no path and leave a trail. – Ralph Waldo Emerson