My last post gave some insight on “Break it Thinking” some of the best “Break it thinkers” are beginners. That’s right the new kid on the block opposed to the seasoned worker are giving some of the best ideas to drive a business to success. That might prompt you to wonder how can a business maintain success when it is not feasible to constantly hire NEW people with new ideas. Well, you do not have to be a beginner to think like a beginner.  There has been many times when I have tried to solve a problem only to have the answer starring me in the face the whole time. Thinking like a beginner challenges you to look at problems with fresh eyes. So where does that leave consultants and experts? Experts and consultants can be of significant use. They are very knowledgeable in their area of expertise, but this same attribute can be a hindrance to a business. Experts know what has worked in the past, so they try to replicate it. There is also a sense of pride and ego that comes with being an expert. An expert knows they have had past successes, so they find it hard to envision that the same technique that proved successful is now outdated or no longer useful or they have a new idea but try to place that new idea in the old system. The author is not suggesting that you recreate the wheel but more so that you find a more efficient option. Below are some ways the author suggests to think like a beginner.

The next time you hit the wall or your ideas have grown stale take a step back, clean the slate, don’t overthink it and welcome new people with new ideas.

I have always heard there is nothing wrong with healthy competition and that competition could increase performance. These ideas fit in with the conventional business world. As an aspiring Entrepreneur, I often think of how I can provide better service or produce a better product than what is already out there. However, Kriegal challenges his reader to NOT compete but instead change the game.

Early in my reading I did not think there was a way to win or even play the game if you were not competing head on, but the author changed my mind. He suggests that you should find your own market and redesign the playing field. He gave many evident examples of companies that have done just that such as Volkswagen introducing the Volkswagen beetle at a time when Ford was pumping out full sized vehicles. Although, the company that is at the forefront of my mind is Chik-fil la. It seems the “burger joints” are always at odds and you can always see they are constantly competing head to head. Chik-fil-A took a different approach, they only offer chicken on their lunch menu and claim to have invented the first fried chicken sandwich in the fast food market. Of course, later the other fast food giants created chicken sandwiches, but what keeps me coming back to the “original” you may ask, the service. Chik-fil-A prides itself on customer service and instead of introducing beef to their menus they found another way to stay competitive.

When you compete head on you make way for conformity. If you see your competitor doing well, Instincts tell us that to succeed we just need to do the same thing but better.  This may be true and you may find yourself in the lead for a short while but conformity does not yield long-term, substantial, results. You have to use “Break-It Thinking.” I found the best example of “Break-It Thinkers” are creatives. Up until March of last year I have always thought of the word creative as an adjective but I attended a dear friend’s documentary viewing at the North Carolina’s Museum of History in Raleigh North Carolina titled CreativeNC. The documentary highlighted different creatives based in North Carolina. Creatives being actual people that think outside of the box, who were not repeating or mimicking anything that I had ever seen. This “Break-It Thinking” meant evaluating themselves rather than the market and making changes some of which even required starting over. It kind of pained me to think that someone would spend their time and effort creating something only to have others recreate it to the point that it caused you to scrap your idea and make something totally different but that is what “Break-It Thinkers” must do. Your ideas must be constantly evolving.

Do not follow where the path may lead. Go, instead, where there is no path and leave a trail. – Ralph Waldo Emerson 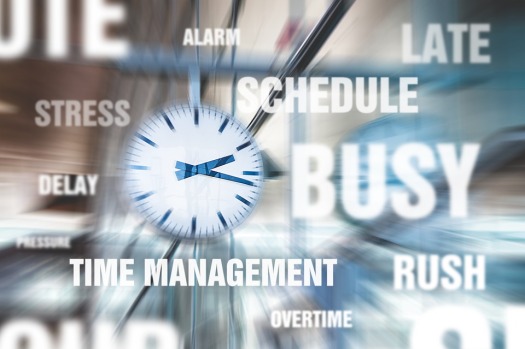 I continue to read If it ain’t broke…Break It! And other unconventional Wisdom for a changing Business By Robert J Kriegel and Louis Patler and I am more and more amazed that this book, written over 20 years ago, is still relevant to today’s business world. The author introduces the “Gottas” as a feeling of not having enough time, constantly being over whelmed, trying to keep up by running from one task to the next. Some of my “gottas’ are below.

I gotta send out my client’s documents by noon

I gotta buy snacks for my daughter’s lunch

I gotta run the car through the wash.

And these are just my early morning “gottas” but my day is filled with “gottas” as I am sure most people’s are.

I have never considered myself a type A person. Traditionally I thought the type A person was extremely competitive, strictly organized, and task oriented. Me being on the other hand Type B, never caring whether I win or lose, my desk would not be considered tidy, and I am concerned more with working to achieve the end goal rather than task. However, I have now learned that it is possible to have what the author refers to as a “Type A response.”  You are likely to have a Type A response when you have the “Gottas”. When you are rushing to do the next thing and constantly feel behind. When you are trying to work fast.

Fast is not always better. We have been ingrained to think that we are being more productive if we are working faster but after reading Kreigal’s thoughts I would argue that speed is one of the most damaging qualities to businesses. He suggests that speed kills quality and service, creativity and innovation, and team work and communication. I recall when my daughter’s first birthday was fast approaching. I ordered a ton of supplies, booked the venue, ordered the food. It was one task after the other. I felt like I was on a hamster wheel. I watched a few DIY videos and enlisted the help of my husband and a few close friends. The day of the party you would think I would be prepared but the opposite was the case. In a rush with a bad case of the “gottas” I forgot the tape one of the main components of the decorations. The wind was up and the bumble bee balloon craft could not sustain itself, I did not plan for a backup or any kind of stabilizer. I also could not effectively communicate what I was trying to accomplish to my family and friends because I was too busy running around trying to “fix” things that only I knew how to do.

I didn’t realize that I had the “gottas” until recently and I am happy to report there is a remedy. First you must acknowledge you have the “gottas”. Once you know that you need to slow down, then do it! I know easier said than done but awareness is the beginning of taking control and beating the “gottas” once and for all!

This is the beginning of a series of reflections on the book If it ain’t broke…Break It! And other unconventional Wisdom for a changing Business By Robert J Kriegel and Louis Patler. The title of this book immediately drew me in. It contradicted the traditional “If it aint broke don’t fix it.” When I read the title it made me think that it was no longer ok to “play it safe” in the business world. A nostrum that I personally have had for a while.

“Out with the old and in with the new”, an age-old saying has become even more relevant to the business world. My first thought is technology and service, but some would even argue that this idiom refers to people. Society has become infatuated with what is new and what is fast. In order to cater to the new age consumer businesses are having to make major changes. Change doesn’t always feel good. The kind of change that is required to remain competitive involves risk.

The company I work for recently laid off employees and outsourced many of its operations “off-shore.” I work for an insurance firm.  I have been fortunate to work with more seasoned agents to see how things were once done. I will not bore you with the specifics but for example there was a time when John would need insurance for his business, his local “insurance guy” would call on him and offer his best price only after assessing John’s business with a fine tooth comb and taking him to lunch, John in turn would be a loyal customer for years and could contact his agent or even drop by the office with any questions or concerns. Fast forward to now. John goes online to find the cheapest insurance quote. His policies come in the mail and if he has any questions he calls a call center out of state and speaks to “the next available customer service representative.”

I was taken by surprise as many were by the sudden layoff  because our firm was doing so well and the numbers looked great before the transition. However I have always heard the saying “It is better to be proactive than reactive.” That saying came to mind when I was reading a comment that the Author shared from advice he had received. “The time to change is when you don’t have to” ( Kriegel and Patler 5 ).  This same colleague of the author compared the changing business environment to a surfer and the waves. In my own words I summarize the rules of surfing below.

Change is inevitable and is coming at a much faster pace. Kreigel’s formula, the rules of surfing give way to embracing that change. It is clear that even if you are not in a position to make the changes or call the shots you are still apart of the change and how you respond will determine your success.